The functional Overview Of ADHD

ADHD (attention deficit hyperactivity disorder) is a behavioural and learning disorder. ADHD is known to impair the routine activities of the affected children and adults. Here is a brief discussion about the functional overview of ADHD aimed at understanding how it develops.

ADHD is characterized by a low attention span, hyperactivity, and impulsivity. It is usually diagnosed in children often affecting their academic performance and even interpersonal and social interactions.

What are the symptoms of ADHD?

ADHD results in an inability to stay focused, and remember things. Some other features of this condition include impulsivity that can make it difficult for them to perform efficiently in structured settings like schools.

The hyperactivity, impulsivity, and inattentiveness caused due to ADHD can contribute to symptoms like:

Typically, children and adults with ADHD are treated with medications that target the neurotransmitters in the brain. Ritalin and Adderall are the most commonly used drugs for the management of ADHD. These medications basically help by suppressing the symptoms of ADHD without effectively addressing the root cause of the illness.

These drugs also cause a range of serious side effects, including anxiety, suicidal thoughts, nervousness, agitation, insomnia, vomiting, increased blood pressure, an increased heart rate, and even psychosis.

Therefore, there is a need to adopt a functional approach to the management of ADHD to relieve the symptoms without interfering with the normal functions of the brain or the hormonal balance in the nervous system.

Nutritional deficiencies are commonly associated with a higher risk of ADHD. Research studies have revealed that children with ADHD are likely to have a magnesium deficiency. Supplementing with magnesium would reduce the symptoms of hyperactivity and improve the attention span of patients with ADHD.

The deficiency of other essential nutrients like Zinc has also been linked to a higher risk of ADHD. Several studies have suggested that zinc supplementation could help reduce the symptoms of ADHD, especially hyperactivity in children.

Low ferritin has been found in patients with ADHD and therefore suggesting an important role in ADHD pathology. A deficiency in iron can lead to a low level of ferritin as iron is stored in the body by the protein, ferritin. Iron is important for growth, red blood cell formation, oxygen transport and dopamine signalling.

Vitamin D deficiency may be a risk factor for ADHD development as it has been suggested to be a contributor to several neuropsychiatric disorders. A meta-analysis of eight studies totalling 11,324 children (2,655 with ADHD) found that vitamin D serum levels were significantly lower in patients diagnosed with ADHD compared with healthy controls.

Omega-3 fatty acid deficiency has been linked in children with ADHD. Our typical western diet is has often excessive levels of certain omega-6fatty acids but is lacking in omega-3 fatty acids, which include EPA (eicosapentaenoic acid) and DHA (docosahexaenonic acid).

Phosphatidylserine (PS) is considered one of the most important brain nutrients. PS has a variety of functions within the brain including supporting cell membrane fluidity and beneficially influencing neurotransmitter systems (eg, acetylcholine, dopamine, and serotonin).

The omega-3 fatty acids EPA and DHA work synergistically with PS to provide the building blocks for healthy cell membranes so a deficiency in these acids affects also your PS levels.
A randomized, double-blind study found that supplementing with PS significantly improved ADHD symptoms as well as short-term auditory memory. Another 2021 meta-analysis found that at a dose of 200–300 mg daily, PS had a significant effect on symptoms of inattention compared with placebo. 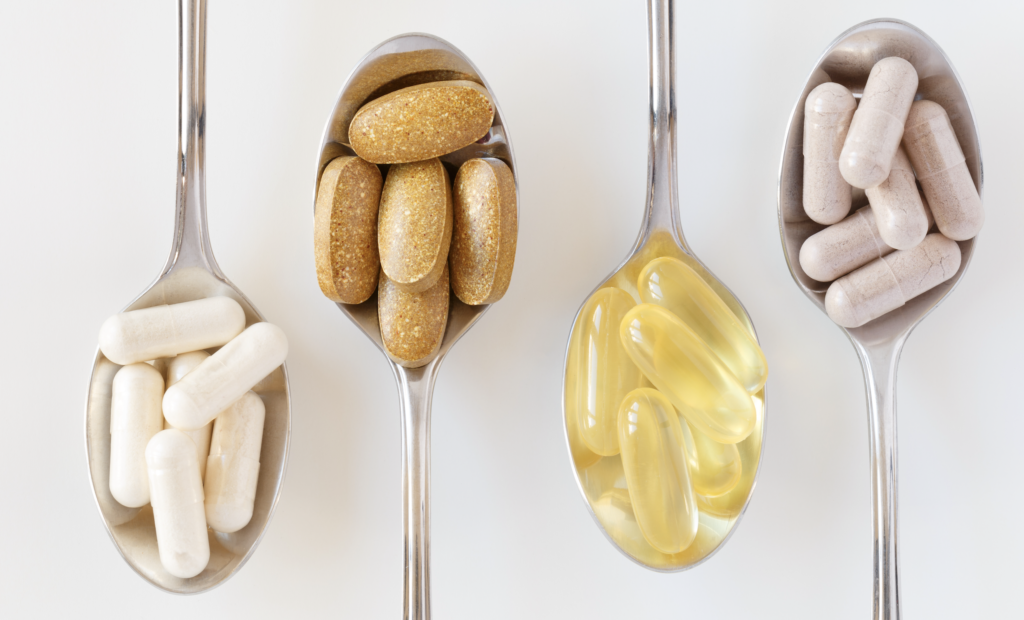 The accumulation of heavy metals in the body such as lead and mercury could interfere with the neural signalling mechanisms in the nervous system and aggravate the attention deficit. Lead could create an adverse impact on the neural development in young children even with a low level of toxicity.

Hence, promoting detoxification of heavy metals with the help of safe and effective therapies like methylation, chelation, and sulfation is recommended to relieve the symptoms of this condition.

Eating clean by eliminating specific foods that contain food additives, dyes, and harmful chemicals is one of the effective ways to manage the symptoms of ADHD. These chemicals are commonly added to packaged and processed foods and ready meals.

Research studies have proven that these foods can increase hyperactivity and other symptoms of ADHD, and hence, must be avoided.

Discovering food sensitivities and intolerances and avoiding them could help to restore the healthy bodily functions and relieve the symptoms of ADHD.

Reducing the inflammation in the gut and balancing the gut flora would restore the normal neurological functions and improve hormonal balance thereby reducing the symptoms of ADHD.

Medical research has shown that the inflammation in the brain could trigger the onset and worsening of ADHD.

An increase in the levels of an amino acid called homocysteine has been linked to inflammation and damage to the blood-brain barrier while the high levels of an inflammatory protein called C-reactive protein could trigger inflammation in the brain and other parts of the body.

Research studies have suggested that regular exercise could improve concentration and focus in children with ADHD. Taking a walk at a park or in nature on a regular basis could help boost the secretion of dopamine in the brain and thus, enhance the memory and attention span of children and adults with ADHD.

Research studies have revealed that the use of adaptogenic herbs Ginkgo biloba and pine bark could be beneficial for improving the symptoms of ADHD. These herbs would restore the body’s ability to cope with difficult situations and reduce hyperactivity and impulsivity.

Research suggests that the intake of CBD oil could relieve the symptoms of ADHD, thanks to its ability to drive down inflammation in the nervous system and improve hormonal balance.

Patients with ADHD often have serotonin imbalances that play a role in mood swings, impulse control, and sleep patterns. Patients may use tryptophan or vitamin B6, which has the ability to boost the production of serotonin and reduce symptoms like hyperactivity.

Behavioural sleep interventions have been shown to improve the sleep pattern, and in turn, reduce hyperactivity and improve focus in patients with ADHD. Following a fixed bedtime routine can also improve the speed quality and duration and relieve the symptoms of this condition.

As sleep disorders are a common comorbidity in ADHD or a causative factor it has been shown that L-theanine improves sleep. In a study of boys (aged 8‒12 years) diagnosed with ADHD, 400 mg L-theanine daily was shown to improve sleep.

Several studies have found a strong correlation between exposure to EMF radiation and a higher risk of ADHD. Hence, limiting screen time and using EMF-blocking devices could be useful for relieving the symptoms of this condition. ADHD can impair the routine functioning of the affected children and adults. By investigating the underlying factors that contribute to the development of ADHD, it is possible to manage the symptoms of this condition while avoiding a lifetime of persistent debilitating symptoms and drug use.

Sabrina is the head practitioner for the TRULY HEAL Functional Medicine Health Coaching program. She continuously adds up to date research, emerging content and discusses new and relevant topics with her students. Sabrina is dedicated and passionate about changing the way healthcare is viewed today. 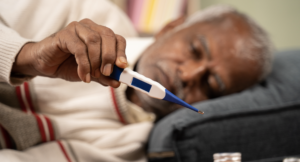 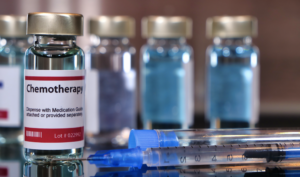 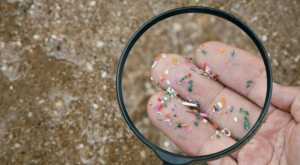 Micro & Nano-plastics: Exploring Its Impact On Your Health

The discovery of plastic created a revolution in the modern world several decades back. Plastic use is growing every year, with recent figures showing plastic production worldwide surpassing 368 million tons in 2019. Plastics are involved in almost every aspect of your daily life including technology, medicine, cosmetics, domestic appliances, food storage products and so much more. However, all these conveniences come with a huge cost in terms of your health. Most of the used plastics are thrown away after short use and end up in landfill, oceans / other waterways. 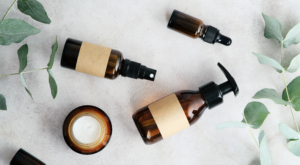 A lot of individuals think that what we find on the shelves in shops or what we buy online (from a reputable company of course) is safe for our health. Add in a little marketing jargon like “all-natural” “organic” “botanical ingredients” and you miiight just take a second look. Cosmetic and personal care products are often laden with harmful chemicals that can affect our health in various ways. And even if we are conscious of it, it’s always important to remind ourselves of these.

MARCoNS, (Multiple Antibiotic Resistant Coagulase Negative Staphylococci) is a type of infective condition that affects nearly 80% of patients with chronic inflammatory conditions and mold toxicity.
These health issues usually cause patients to develop resistance to antibiotics as the bacteria tend to get protected by biofilm. Biofilm is a layer of mucus that not just protects these bacteria, but also allows them to enter our body making them difficult to be eradicated by our immune system.